Suatu kali CS Lewis menulis surat pada Bede Griffiths:
"Even more disturbing as you [Dom Bede Griffiths] say, is the ghastly record of Christian persecution. It had begun in Our Lord's time - `Ye know not what spirit ye are of' (John of all people!) I think we must fully face the fact that when Christianity does not make a man very much better, it makes him very much worse...Conversion may make of one who was, if no better, no worse than an animal, something like a devil."
[C. S. Lewis in a letter to Bede Griffiths, dated Dec. 20, 1961, not long before Lewis' death, The Letters of C. S. Lewis, ed., W. H. Lewis, (New York: Harcourt, Brace & World, Inc., 1966), p. 301.]

"You know Father, I never knew Christians could think like this."
(Dalai Lama Talks to Bede Griffiths)

« on: 17 November 2011, 01:14:36 AM »
There are people in other religions who are being led by God’s secret influence to concentrate on those parts of their religion which are in agreement with Christianity, and who thus belong to Christ without knowing it. For example, a Buddhist of good will may be led to concentrate more and more on the Buddhist teaching about mercy and to leave in the background (though he might still say he believed) the Buddhist teaching on certain other points. Many of the good Pagans long before Christ’s birth may have been in this position. And always, of course, there are a great many people who are just confused in mind and have a lot of inconsistent beliefs all jumbled up together. Consequently, it is not much use trying to make judgments about Christians and non-Christians in the mass."
(CS Lewis, Mere Christianity) 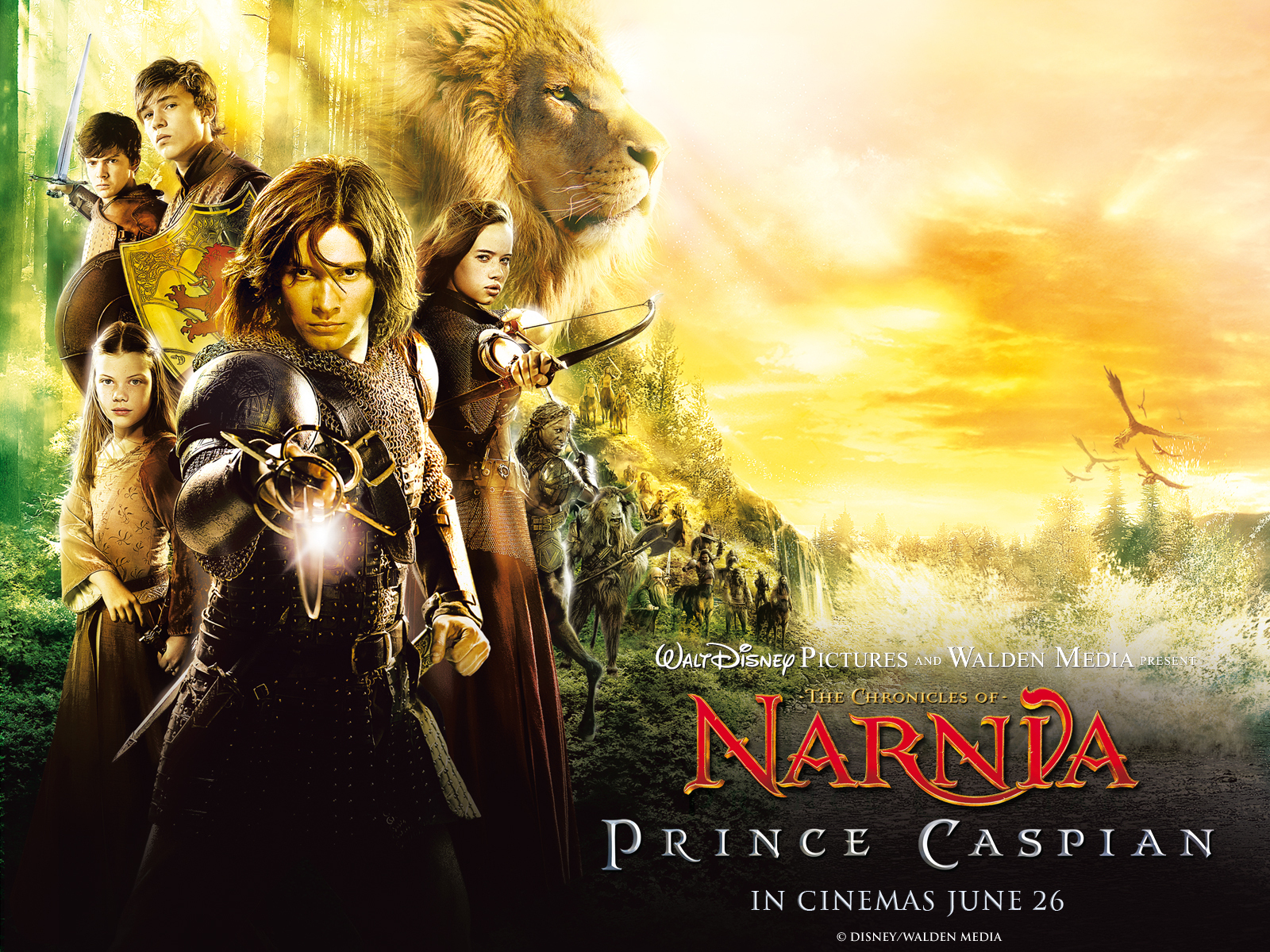 The Holy Spirit led us into a time of full on, repentance and deliverance from idolatry, Buddhism, witchcraft, temple worship all which are prevalent strongholds in Taiwan. Many hit the floor and were delivered from demons on the spot. We got reports back the next day, I received an immediate email that night, of people young and old being completely set free from tormenting evil spirits that were attacking them daily. That night, we had to corporately repent for these idolatrous sins in order for the generational curses over the land to be broken and for the blessings of healing to flow.
(Jaeson Ma) 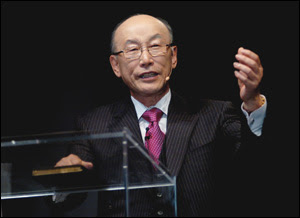 “Look at the Soka Gakkai (Buddhism). They belong to Satan… and with the evil fourth dimension they carry out dominion over their bodies and circumstances.” Then God told him that Christians should link their fourth-dimensional spiritual power to God the Creator to have even greater control over circumstances than the Soka Gakkai. He concluded:“Soka Gakkai has applied the law of the fourth dimension and has performed miracles; but in Christianity there is only talk about theology and faith!”
(David Yonggi Cho, The Fourth Dimension)

"While Christianity has been in Japan for more than a hundred years, with only half a percent of the population claiming to be Christians, Soka Gakkai has millions of followers... Without seeing miracles, people cannot be satisfied that God is powerful. It is you [Christians] who are responsible to supply miracles for these people."
(David Yonggi Cho, The Fourth Dimension)

"Sokagakkai [Soka Gakkai] has applied the law of the fourth dimension and has performed miracles" (Ibid., 64). Likewise, "many people involved in yoga are healing the sick by yoga meditation...in Buddhism monks also have performed fantastic miracles" (Ibid., 36-37; vol. 2, 36). He states that if non-Christians are able to accomplish incredible feats via the fourth dimension, then Christians, using the same means, ought to be able to do all that and much more (Ibid., vol. 1, 37, 41).
(David Yonggi Cho, The Fourth Dimension)

The most accessible events to get involved with are the public events. For example Christians in Toronto in May/June 2004 organised a “Tibetan Tea House” close to the venue where the Dalai Lama was speaking, and attracted many people in to enjoy refreshments. Literature, lectures, art work and the likes all proclaimed the Gospel within a low key, yet effective paradigm. Some conversions occured. My experience to date is that conversations for the Gospel are much more fruitful on “their patch” – that is, when I go to their centre/temple, and drink their tea, or attend their lecture series. Alternatively, many of my conversations occur on “neutral territory” that is, a local cafe. The Tibetan Tea House in Toronto (mentioned above) was decorated in Tibetan motifs, so as to both minimise the cultural jump people in the know would have to make, and also to increase the curiosity factor for those who were seeking. The Tea House not only provided a restful stop, but was also a venue for “friendship evangelism” and several formal lectures on Christianity vis a vis the Dalai Lama’s visit to Toronto.

« on: 12 November 2011, 05:57:08 PM »
In April, the leader of Tibetan Buddhism, the Dalai Lama, came to
Toronto, Canada. He came to strengthen the Buddhist community, but
his visit had an effect on another spiritual community in the city.
It rallied the Christian church.

Christians in Toronto believe that God is up to something in their
city.

When the news broke that the Dalai Lama, Tibetan Buddhism¹s spiritual
leader, was planning to visit Toronto, Mission GTA kicked into gear.

Mission GTA is a network of Christian pastors and leaders
representing a variety of denominations and cultures. They saw this
event as serious cause for concern.

"The prime mission of the Dalai Lama¹s visit," recalled Rev. Richard
Long of Together Ministries, "was an 11-day Tibetan Buddhist
initiation ritual."

"This is something," he added, "many Christians feared would have a
negative impact on the spiritual climate of Toronto, as well as the
rest of Canada."

What emerged was an unprecedented 12-day, 24-hour round-the-clock
cross-denominational prayer and worship initiative called The House
of the King.

Alone, or in groups, Christians prayed as they walked the streets,
rode the public transit and visited some of Toronto¹s historic
landmarks.

As the prayer initiative gathered momentum, national as well as
international prayer groups came on board. With the help of modern
technology, literally tens of thousands of Christians around the
world rallied together to pray for Toronto.

Harry Boghossian, pastor of The Church of the Living God, and
spokesperson for The House of the King, was encouraged by the extent
of the prayer support.

He said, "Women Aglow, with 1.3 million, have been mobilized to pray
for Toronto at this time. We¹ve had intercessors in Africa that
number to the tune of about 30,000. We have prisoners in Argentina
that have come to the Lord and the entire population of the prison is
targeting Toronto."

Never in the history of Toronto had there been so much prayer for the
city. Nor had there ever been the opportunity to welcome the presence
of God through 12 days of 24-hour worship.

First Nations [American Indians], Chinese, Korean, and African-
Canadian were some of the many people groups that responded.

Pastor Bill Dyck and his congregation, the Toronto Alliance Church,
saw the visit of the Dalai Lama and his Buddhist followers as a
unique opportunity to extend Christian love and good will. He
said, "If there are Buddhist spiritual seekers who come to this city
wanting to engage spiritually with people, we want to be there."

They transformed their storefront church into a hospitality center,
so Asian as well as Western-Buddhist pedestrians were welcomed to a
Tibetan Tea Room and Art Gallery.

If that wasn¹t enough to keep the city hopping, Todd Bentley¹s
radical Fresh Fire Ministry showed up with over 300 Canadian and
foreign participants-eager to reach the city with practical
demonstrations of God¹s love. Remarkably, Fresh Fire ministry
coordinators had-unknowingly-scheduled their campaign to coincide
with the exact dates of The House of the King prayer thrust!

On the fourth day of the event, Peter Byers, the Toronto Ablaze
campaign coordinator stated: "Not only have people been accepting
as their Savior, but a lot of people have been getting healed:
backs, necks, hearing. And a blind eye was opened today!"

The campaign reported extraordinary results. Approximately 600 people
made first time decisions to follow Christ. At least 40 miraculous
healings were reported to have taken place right on the streets of
Toronto.

Colin Mills, a resident of the city, eagerly testified about what God
had done for him. He said, "Todd Bentley called out someone who had a
kidney condition, a failing kidney. The fire of the Holy Spirit went
through the right side of my body. This morning when I woke up, I
have not physically felt like this before. I mean like totally
healthy!"

Clearly, as Christians came together to pray, worship and work
together with a common focus, the church in Toronto entered a new
level of empowerment.

Pastor Alvin Nicholson is the Chair of Mission GTA and Agape
Ministries. He suggested, "To the degree [that] our unity is intact,
that is the degree that our authority as a church is in place to do
things within the city, province and the nation."

Many felt, in the end, what initially was cause for great concern may
have been a 'divine set-up.'

According to Rev. Long, "It was an excuse, it was a catalyst - the
Dalai Lama¹s visit -for the church to rise up, to begin to pray for
the city they live in, in a way they never had before."

He added, "There were incredible moments where the worship teams
really felt the delight of the Father. At the end of it - really no
one wanted it to stop. There is a divine destiny for this nation.
We¹re going to see revival on a level we¹ve never seen it before."

Many Christians in Toronto believe that The House of the King prayer
and worship initiative was not only a small sampling of Heaven on
earth, but may be a foretaste of the great move of God that many
believe is about to come.