Kafe Jongkok / Test if u r male or female...

This will blow your mind...!

Try this its actually quite good.

Count the number of F's in the following text in
15 seconds:

Scroll down only after you have counted them!

Wrong, there are six - no joke!

The reasoning is further down...

The MALE brain cannot process the word "OF".

You can test this by asking a Guy/Girl near you
to work it out. 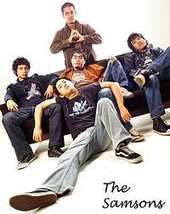 OUR KNOWLEDGE OF THE world’s most
famous lost continent comes from
the work of one man – Plato. The
great Greek philosopher was the singular
source of all information about the ill-fated
island race and whilst experts write longwinded
theses about the age and position of
Atlantis, nobody is entirely sure that Plato
did not just invent the Atlantean people as
an allegory for what happens when a civilisation
over-reaches itself. Despite this, the
hunt for Atlantis is as fierce as ever.
Plato lived in Greece between 428 and 348
BC, and revealed the story of Atlantis in his
dialogues ‘Timaeus’ and ‘Critias’. Many of
Plato’s fables were fictional creations used to
illustrate a point, but the history of Atlantis
was repeatedly stated as fact. The dialogues
recount the story of Solon, a Greek scholar
who travelled to Egypt in around 600 BC to
learn more about the ancient world. The
Egyptians were known to have knowledge
and records dating back centuries, and as
Solon tried to impress his hosts with tales of
Greece’s achievements, the wise old
Egyptian priests put him in his place. They
revealed a story about a continent and a
people completely unknown to him.
Around 10,000 BC, a powerful race lived
on an island in the west, beyond the ‘Pillars
of Hercules’, now believed to be the land
masses along the coasts of the Straits of
Gibraltar. The island was the kingdom of
Poseidon, the Sea God. It had a huge central
mountain with a temple dedicated to the
deity, and lush outlying districts, there was
an elaborate system of canals to irrigate its
successful farms, and a bustling central city.
The island was rich in vegetables, and was
home to different types of exotic animals.
The Atlanteans were originally a powerful
but fair race. They were an advanced people
with a prosperous trading industry, a strong
and noble army and a highly educated,
cultured society. Their influence reached far
and wide, and they controlled large areas of
Africa, Asia and the Mediterranean.
Although the island left its inhabitants
wanting for nothing, their taste for power
and empire led to them over-extending
themselves. An attempt to conquer Athens
failed, and the Atlanteans retreated home to
face a cataclysmic disaster. Legend says that
the great god Zeus saw the corruption that
had seized the island’s people, and sent
down upon them an immense barrage of
earthquakes, fire and water. Atlantis
disappeared under the waves.
Whilst Plato’s story was well known, the
renewed modern interest in Atlantis began in
1882 with the publication of Atlantis: The
Antediluvian World by a former US
congressman, Ignatius Donnelly. Donnelly’s
book was a mixture of conjecture, misinterpreted
fact and actual history. But there were
some interesting ideas; he noted similarities
in the science and culture of native races
which apparently could never have met.
Likewise, the great ancient flood, which is
said to have destroyed Atlantis, is logged in
ancient writings and traditions of peoples
around the world.
Exactly who the Atlanteans were is
unknown. Some say they were aliens, some

believe they were descendants of the
Lemurians (see p. 81), and some say they
eventually travelled westward and became
Native American tribes. Similarly, the actual
placing of Atlantis is a subject open to
argument. Many experts suggest the island
was actually in the Mediterranean, and a
constant stream of archaeological investigations
in the area has tried to prove this.
There are theories that Sardinia in the
Mediterranean, and the island of Thera in
the Aegean Sea, could be Atlantis. Both had
highly-evolved civilisations: the Nuraghi
people on Sardinia and the Minoan culture
on Thera. Both also suffered terrible natural
disasters. But neither of these islands are
westwards of the Straits of Gibraltar, so to
accept them is to doubt Plato’s geography.
Also, the advanced races on these islands
disappeared about 900 years before Plato –
he stated that Atlantis became extinct 9,000
years before him.
Other experts say Atlantis was in the
middle of the Atlantic, and all that is left of
the island are its mountains, the peaks of
which show through above the waves. These
are now believed by many to be the Azore
islands. There is also evidence to suggest a
huge comet or asteroid crashed into the
southwest Atlantic Ocean many thousands
of years ago and two 23,000-feet-deep holes
have been identified on the seabed close to
Puerto Rico. Experts believe the falling rock
that caused them would have created
massive natural movements, enough to
destroy any mid-Atlantic islands.
Pages: [1] 2 3