Scientists from the University of Michigan recently completed a study into the phenomenon of near-death experiences. They found a surge of electricity in the brain immediately following clinical death. They took a look inside the dying process in a new way—they didn’t see god anywhere, though.

“A lot of people thought that the brain after clinical death was inactive or hypoactive, with less activity than the waking state, and we show that is definitely not the case,” says the study’s lead author,” Dr Jimo Borjigin. “If anything, it is much more active during the dying process than even the waking state.”

Borjigin and his team closely monitored nine rats as they were dying. They found a spike in “high-frequency brainwaves called gamma oscillations” in the 30 seconds immediately following death. Gamma oscillations are thought to correlate with consciousness in humans, as best as scientists can tell.

Borjigin’s team thinks the same process occurs in humans, and says that the increased electrical brain activity after death could explain the “heightened consciousness” that people talk about who have died clinically and come back from the void.

The scientists think the out-of- body sensations and feelings of life flashing before their eyes, lights, tunnels, all have to do with this electrical surge.

The question Bill “What Causes The Tides” O’Reilly would ask is, Who put the surge there?

My question: What does it look like when a rat’s life flashes before its eyes?
2


Uruguay has an impressive GDP considering it’s the second- smallest nation in South America, but its president lives more like a pauper –- on purpose.

Jose Mujica, 77, was elected in 2009, but he has no interest in taking on the grand presidential lifestyle. According to the BBC, Mujica donates 90 percent of his salary to charity and lives in a farmhouse off a dirt road where he and his wife work the land themselves.

The austere leader earns $12,500 a month, but only keeps $1,250 for himself, he told the Spanish newspaper El Mundo, according to a translation by Univision.

“I do fine with that amount; I have to do fine because there are many Uruguayans who live with much less,” Mujica told the paper.

He focuses his giving on helping the poor and small entrepreneurs.

"This is a matter of freedom,” Mujica told the BBC. “If you don't have many possessions then you don't need to work all your life like a slave to sustain them, and therefore you have more time for yourself."

Mujica also seems intent on impressing his philanthropic ways on other world leaders.

While speaking at the Rio +20 United Nations Conference on Sustainable Development in June, Mujica espoused his philosophy on poverty and consumption.

“If all I’m doing is working to buy things to get more If society of consumption is the energy of everything, where does this go?" he asked. “We need to start to fight for another kind of culture. ... Seneca said that ‘a poor person is not someone who doesn’t have very much, but the person who really is poor is the person that continues to need more and more and more and desires more and more."
3

Zoe is Oreo's filly, born 9-16-98 on the Island of Molokai before we could move Oreo to our sanctuary. She is extremely rare.

Her unusual color is due to her having " amelanosis". She is not an albino. She has striking gold stripes and blue eyes. In horses, there is a similar condition called "Lethal White Foal Syndrome" which is associated with the occurrence of other serious birth defects. Although this color variation occasionally occurs in wild herds, the animals would likely survive only a few days at best. This is probably because zebras use their stripes as camouflage to blend in with the rest of herd. This then allows the herd, to confuse predators with the changing patterns formed by the movement of a large group. Animals that stand out from the herd are easy targets for predators. In nature, having a color variation that makes you stand out is not a good thing!

There have been reports of at least two other "white" zebras in captivity. One in Germany about a hundred years ago and another at a zoo in Tokyo in the 1970's. At this time we know of only one other zebra like Zoe alive. If anyone has heard of other "white" zebras, we would be very interested in hearing about them.

Although Zoe may have health complications as she ages, for now we notice only poor night vision. Because we are concerned about other health problems she could have (for example, kidney problems), we feed her a low protein diet and monitor her for signs of sunburn or skin cancer. As with our other non-endangered animals, she will not be bred.

Zoe is especially happy now that she has a little sister (Tootsie) to play with. She is very energetic and would rather run with her younger sister then graze quietly. There have been some interesting social, "herd" interactions to watch now that there is a new baby. Zoe has been accustomed to being an "only child". After giving birth, her mother, Oreo, was very protective of the new baby and would no longer tolerate having Zoe nearby. Zoe was forced to watch from a distance, which was very stressful for her. If she came too close, her mother would chase her away, even biting or kicking at her. Zoe was very confused. Zoe now spends her nights in a separate bedroom paddock separated from Oreo and Tootsie's by only a wire fence. Since they are herd animals, it is important that they are able to maintain visual contact with the other members of their herd in order to stay calm.

After the other zebra baby was a week old Zoe was able to join them when they all are let out into the pasture for daytime grazing. Young zebra are highly social and the two babies play well together. Like a well mannered babysitter, Zoe turns and jogs away when her little sister gets too rough.

14. "This great earth, Ananda, is established upon liquid, the liquid upon the atmosphere, and the atmosphere upon space. And when, Ananda, mighty atmospheric disturbances take place, the liquid is agitated. And with the agitation of the liquid, tremors of the earth arise. This is the first reason, the first cause for the arising of mighty earthquakes. 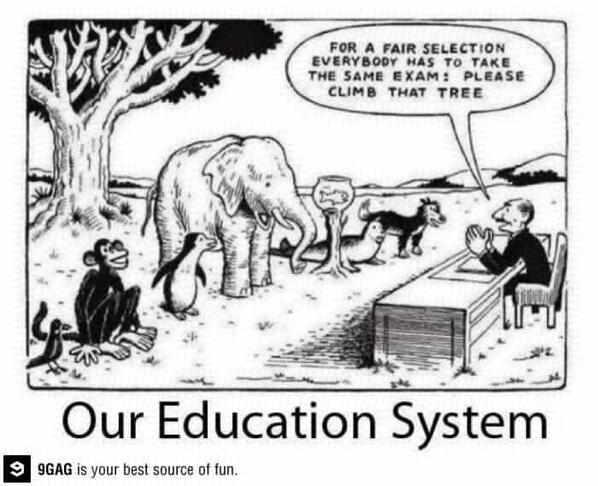